Scenarios of the City Games

Scenarios of our urban games combine fun and sightseeing of Krakow.

We realize tried-and-tested scenarios and fabules of the city games for the groups visiting Krakow that want to combine team integration without having much time for long city tours.

On request, we can also prepare the original scenario according to the assumptions of the client.

In search of the Wawel Dragon 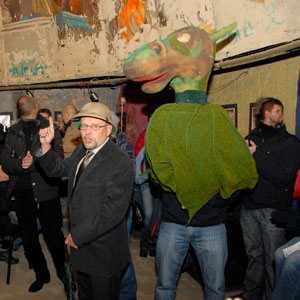 This is a game involving topography skills, during which participants have to find various Cracow Old Town locations and perform unusual tasks.
Find your way through the city jungle and discover Cracow! Find the creatures from the most popular, fairytale of the Wawel Dragon tale takes place in Kraków during the reign of King Krakus...

Seeking of the Mystery Recipe 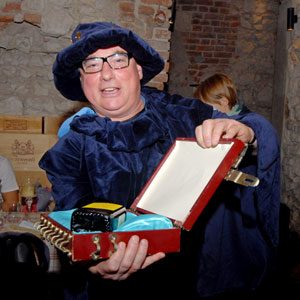 The Mysterious Recipe was locked some centuries ago up by famous inventor in unknown place in Old Town of Krakow. Your team is going away for a exploration to find the mystery using hidden information and guidance. During the game you will have lot of tasks to solve and the opportunity to get to known interesting objects and mysterious figures...

The Treasure of the Jagiellons 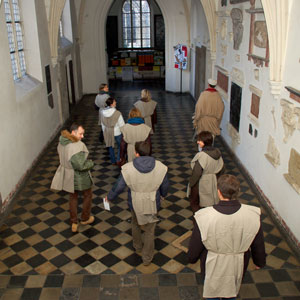 A sixteenth-century alchemist from the Jagiellonian University, In the course of his work, he also happened on a clue of the king’s hiding away of one of the chests returned by the Habsburgs, allegedly containing the royal treasure of the Jagiellons. We have knowledge that the famous alchemist, waiting for the day when the secret will be found...

Solving of
the Krakow Charade 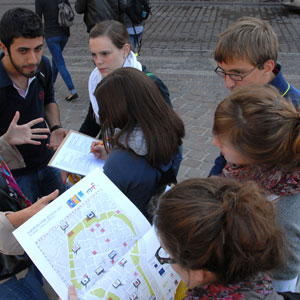 This is a trekking game in the city jungle, combined with map reading tasks and riddles.
The aim is to find all locations of the points of the game in order to uncover the password and complete the game in the final point. 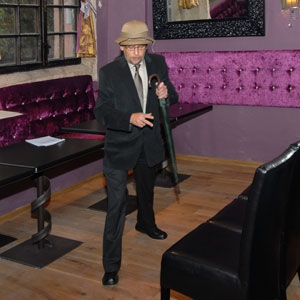 During his lecture, the famous Professor Einstein is kidnapped by a hostile intelligence group. Participants receive a set of clues and go on an escapade to find and release the Professor. Along the way, they are questioned and tested, perform various tasks, get to know Cracow interesting historical facts and places, unavailable to an ordinary tourist...

The abduction of Cecylia Gallerani 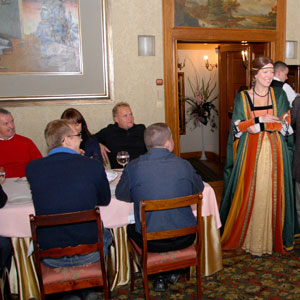 Our well informed Secret Services suspect a plot to kidnap Cecilia Gallerani. How can it be prevented? The game participants will have to answer that question and stop the robbers from stealing Poland‘s most famous Leonardo da Vinci piece. Luckily, it is only a city game in Cracow Old Town...

Choose a scenario for your City Game. We know Krakow!!